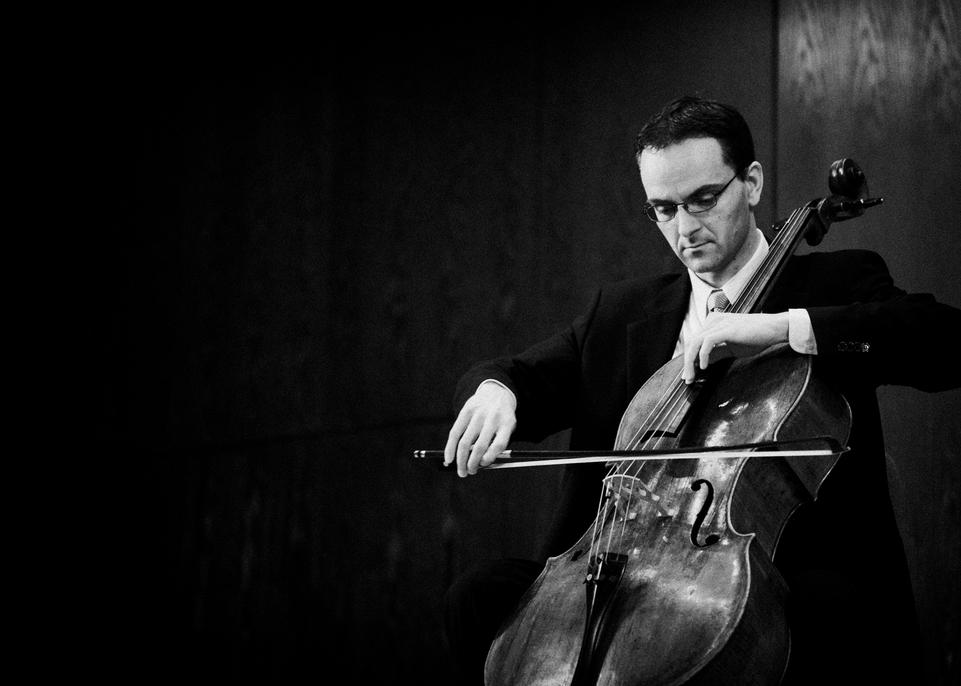 Praised for his expressive, virtuoso and poetic music making, Belgian cellist Tom Landschoot enjoys an international career as a concert and recording artist and pedagogue. He has toured North America, Europe, South America and Asia and has appeared on national radio and television worldwide.

Since 2013, he is a member of the Rossetti Quartet.  He has also performed with the Takacs, Dover and Arianna Quartets and members of the Cleveland, Vermeer, Tokyo, and Orion Quartets. Past collaborations include Lynn Harrell, Peter Wiley, Gilbert Kalich, Cho-Liang Lin, Martin Beaver and Martin Katz. An avid promoter of music of our time, he has commissioned and premiered over 20 new works for cello, including a concerto by Dirk Brosse. Resent engagements included several concerts with the Symphony Orchestra of Flanders with a new concerto of Belgian composer Frank Nuyts.

Tom Landschoot has been involved in interdisciplinary public service projects through his music, such as raising funds and awareness for the need of building an orphanage and hospital in Tamil Nadu, India. As part of this humanitarian project, Landschoot was featured in a documentary film of a cellist performing across India, integrating photography, culinary, journalism and original music compositions.He has served as a faculty member at the Music Academy of the West in Santa Barbara, Castleman Quartet Program in New York, Killington Music Festival, Meadowmount School of Music, Foulger International Music Festival, High Peaks, Madeline Island, Manchester, Montecito and Texas Music Festival. Landschoot has given master classes at conservatories and universities throughout Asia, the U.S. and Europe and South America.His students can be found among the ranks of national and international competition winners, occupy principal positions in major orchestras and teach at Universities around the US and abroad.

Tom Landschoot is currently Professor of Cello at Arizona State University, one of the top schools of music in the United States. Prior to joining the music faculty at Arizona State University, Landschoot taught at the University of Michigan. He is the recipient of ASU’s prestigious Herberger College of Fine Arts Distinguished Teaching Award. Landschoot has served on the faculty of the Shieh Chien University in Taipei since 2008.Tom Landschoot is the founder and the Artistic Director of the Sonoran Chamber Music Festival (www.sonoranchambermusic.com), as well as the President of the Arizona Cello Society.He Performs on a cello by Tomaso Balestrieri (1776) and a Dominique Pecatte bow.